The Anami Conservationist Institute, in partnership with the State of Paraná Water and Land Institute (IAT), IBAMA, Great Apes Project (GAP) of Brazil and other institutions receives and offers shelter for great apes and other wild specimens of exotic and native fauna, rescued from illegal traffic or coming from situations of mistreatment, with the objective of providing lifetime assistance and adequate structure, affording them a calm, protected and safe life for each species.

The work done by the Anami Institute consists in receiving, protecting and rehabilitating great apes. The same care is extended to other species of mammals and birds.

Learn about our purpose

The Institute currently shelters over 500 animals, from 37 species, distributed in different enclosures compliant with legal norms, affording each one a life with dignity. Most of them are primates and birds of the Psittaciformes order, such as macaws and parrots. Turtles, deer and toucans are also addressed by the Anami Institute.

Socially complex, communicative and sensitive, they are the primates closest to human beings on the evolutionary scale.

The word means “Person of the Forest” in the Malay language. They are extremely intelligent and are also part of the large primates family.

Medium-size species present throughout nearly all of South America. The group that lives in Anami was rescued by environmental authorities and, unfortunately, is incapable of returning to its natural habitat, due to its level of humanization.

Learn about the species

Native from the Amazon Rainforest, these primates are characterized by their long limbs, resembling a spider and agile prehensile tail. Taken from nature due to traffic and rescued by environmental authorities, these specimens arrived at ANAMI Institute presenting abnormal behaviors, reason why they aren’t apt to return to the wild.

Learn about the species

Primate found in the Atlantic Rainforest and is vulnerable. In addition to being a target for cruelty, its habitat is undergoing fragmentation. Here, at the institute, the single specimen of this species, to date, receives the same care and attention as the other animals.

How it all began

The Anami Conservationist Institute was idealized in 2007 by the Czech immigrant couple, Milan and Anita Starostik, but the fight for the great apes dates back to the 1980s. 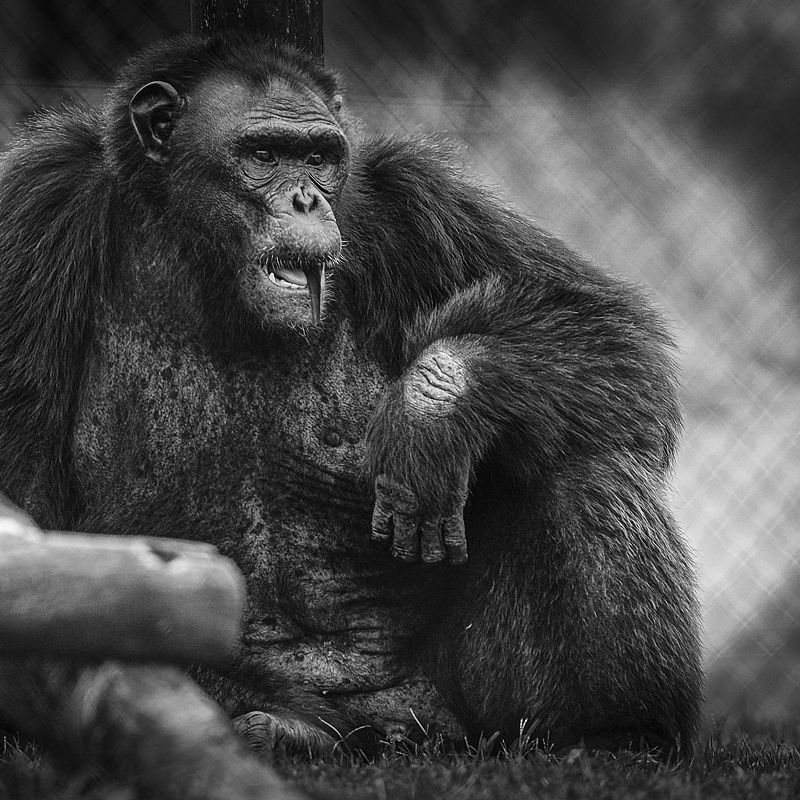 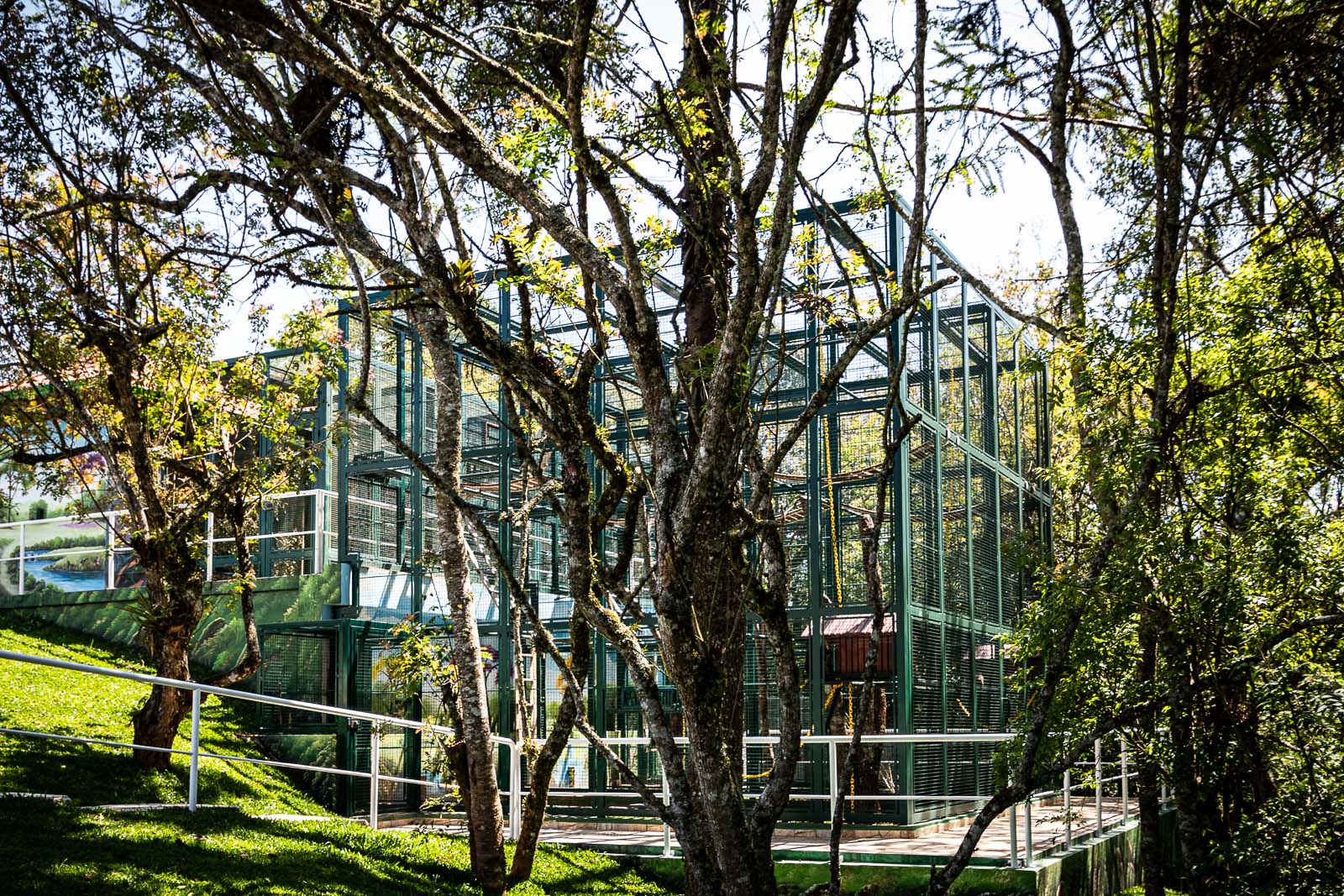 The ANAMI has different areas developed specifically for the different species. These spaces are designed with a view to offering comfort and safety.

The Anami Conservationist Institute is not open to public visitation, with one of its guidelines being preservation of the privacy and well-being of the resident animals. Taking into account that most of the large primates have come from very traumatic situations, the presence of strange people represents a powerful threat and source of stress that may have consequences, including in the stability of the group, triggering serious accidents.

The facility limits access to the administrative board, technical visits from professionals of environmental and inspection agencies, staff and suppliers. In addition, Brazilian legislation on conservationist breeding and living sites for would fauna does not allow for public visitation.

The Anami Conservationist Institute is not open to public visitation.

Since the Anami Conservationist Institute is maintained through its own resources, it does not need donations. One efficient way of contributing is by supporting the preservation and conservation of biodiversity, disclosing and sharing the information contained in this and other sites of entities engaged in the same cause.

Wild animal trafficking is the third largest illicit activity in the world, only behind drugs and weapons trafficking, leading to ecological unbalances and suffering for animals. You can denounce illegal wild animal traffic through IBAMA’s Programa Linha Verde, on 0800-618-080 or email linhaverde.sede@ibama.gov.br. Any activity jeopardizing fauna and flora, such as hoe down fires, abuse, death of animals, threats to Permanent Preservation Areas and Conservation Units can also be denounced. In all cases, the caller anonymity is ensured.

Help by supporting preservation and conservation of biodiversity and denouncing illegal animal trafficking.

Currently, the Anami Institute does not trainee or volunteer programs.

Animals from the Brazilian fauna in illegal situation, apprehended by environmental agencies, undergo strict physical and behavioral assessments that include identification, sorting and weighing. Some of them are considered capable of returning to nature and may be released in the species’ areas of occurrence or origin, even though the natural environment is increasingly being reduced by the process of urbanization, the use of the land and of natural resources. In addition, several aspects must be taken into account in evaluating the viability of reintroduction such as, for instance, potential ecological impacts, risk of dissemination of diseases, among others. For containing preserved native vegetation cover, the Anami Institute is one of the sites where environmental agencies release many species of our fauna back into the wild.

Specimens that were victims of traffic – as many primates and birds – that have spent long periods of their lives in captivity, most of the times in precarious conditions, display physical and mental sequels that render impossible their return to nature, given they lack physical and cognitive skills required to find food, escape from predators or, even, join bands live in freedom. These animals are sent to institutions like Anami, where they have the opportunity to coexist with other individuals of the same species, in addition to becoming part of fauna conservation projects.

For exotic fauna specimens, i.e., found outside their natural distribution areas, as is the case of the great apes, reintroduction in the national territory is forbidden by law, as well as ecologically unviable.

The animals that arrive at the institute undergo assessment and the large majority lack conditions to return to their natural environments.