A story in defense of primates

The Anami Conservationist Institute was idealized in 2007 by the Czech immigrant couple, Milan and Anita Starostik (picture) but, the fight for the great primates, started back in the 1980s.

In this time, the couple visited a few circuses and was faced with a number of mistreatment situations. According to the founders’ report, animals were living in terrible hygiene conditions and malnourished. They were kept in chains, in inappropriate cages, very small and dirty, suffered torture and did were not fed in order to perform.

At that time, there was nearly no mention of the issue of animal well-being. But, for Milan and Anita, those visits were impacting and decisive for them to start in the fight or the defense of the great apes.

Faced with the growing commercial exploitation, the couple intensified their work, dedicating themselves to guaranteeing the well-being of these primates. They thought a hard battle together with the GAP Project Brazil (Great Ape Project) to prevent animal exploitation in circuses and shows. The outcome was implementation of state laws – in the states of Goiás, Alagoas, Espírito Santo, Mato Grosso do Sul, Minas Gerais, Paraíba, Paraná, Pernambuco, Rio de Janeiro, Rio Grande do Sul and São Paulo – forbidding the use of any animal in circuses and shows.

After that, they started the rescue process, for the purpose of providing chimpanzees with a dignified life, free of pain, suffering or fear. In 2007, the couple establishes the Anami Conservationist Institute, not for profit, that is continuously dedicated to providing daily care to great apes victims of mistreatment, retired from the entertainment industry and rescued from the legal commerce. In addition to the 24 chimpanzees and the orangutan Katai, they also harbor other species of the native or exotic fauna, coming from the same situation.

The first image represents the chimpanzee Caíque, before his life in the Institute and the last, his current situation.

Through CONAMA (National Council of the Environment) normative instruction 489/2018, the Institute is now considered part of the category of Wildlife Conservation Breeding Ground and is located in the area of 230,000 m² in the municipality of São José dos Pinhais, Paraná – Brazil. 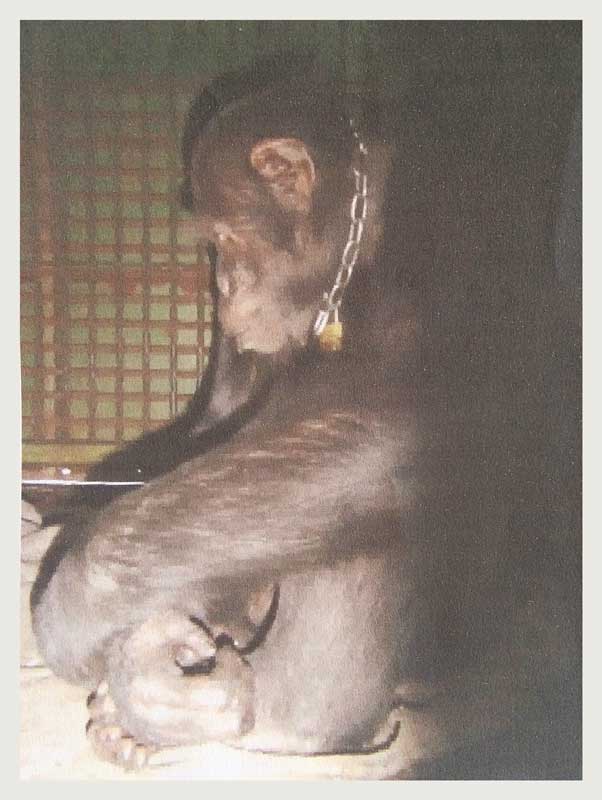 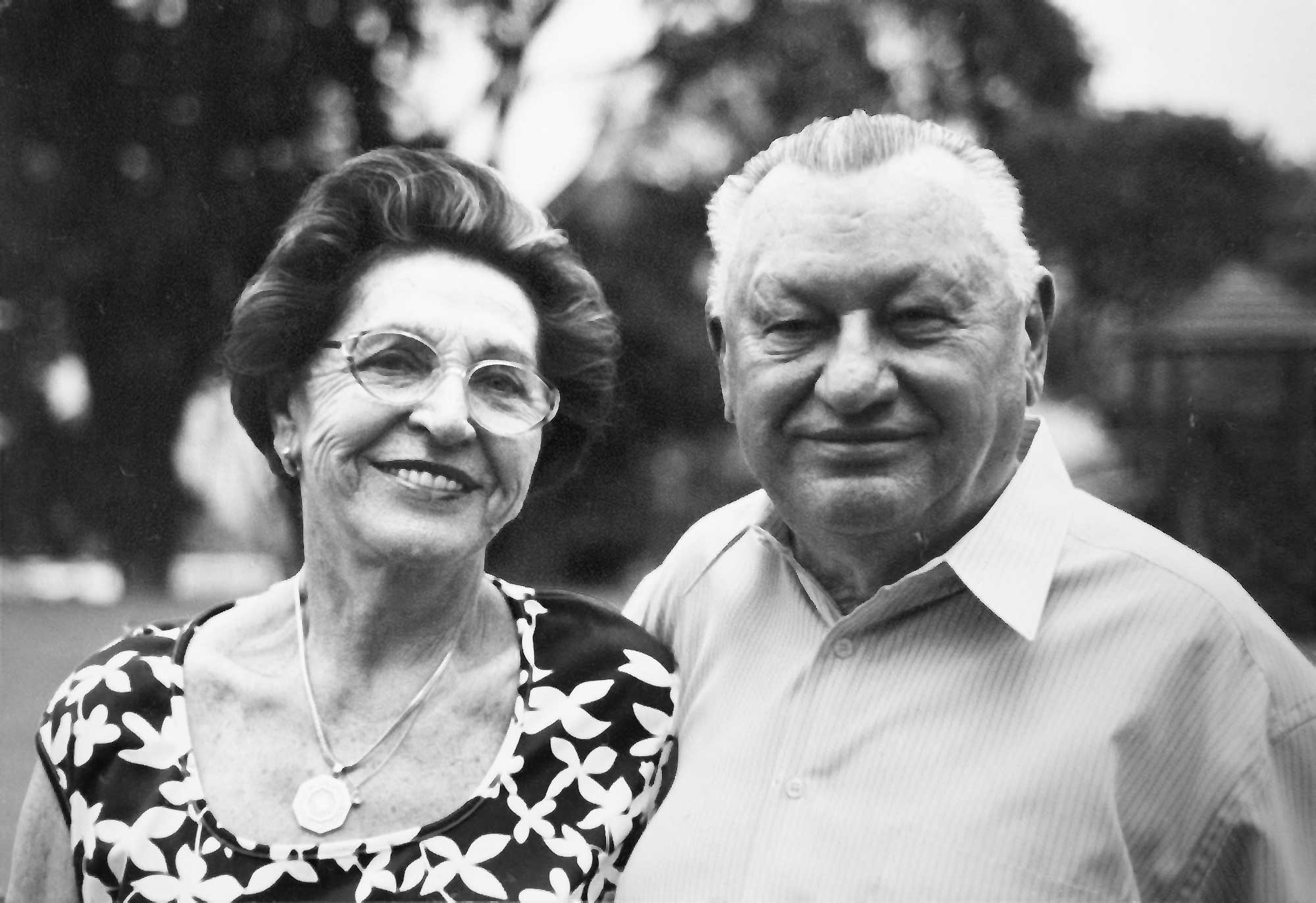 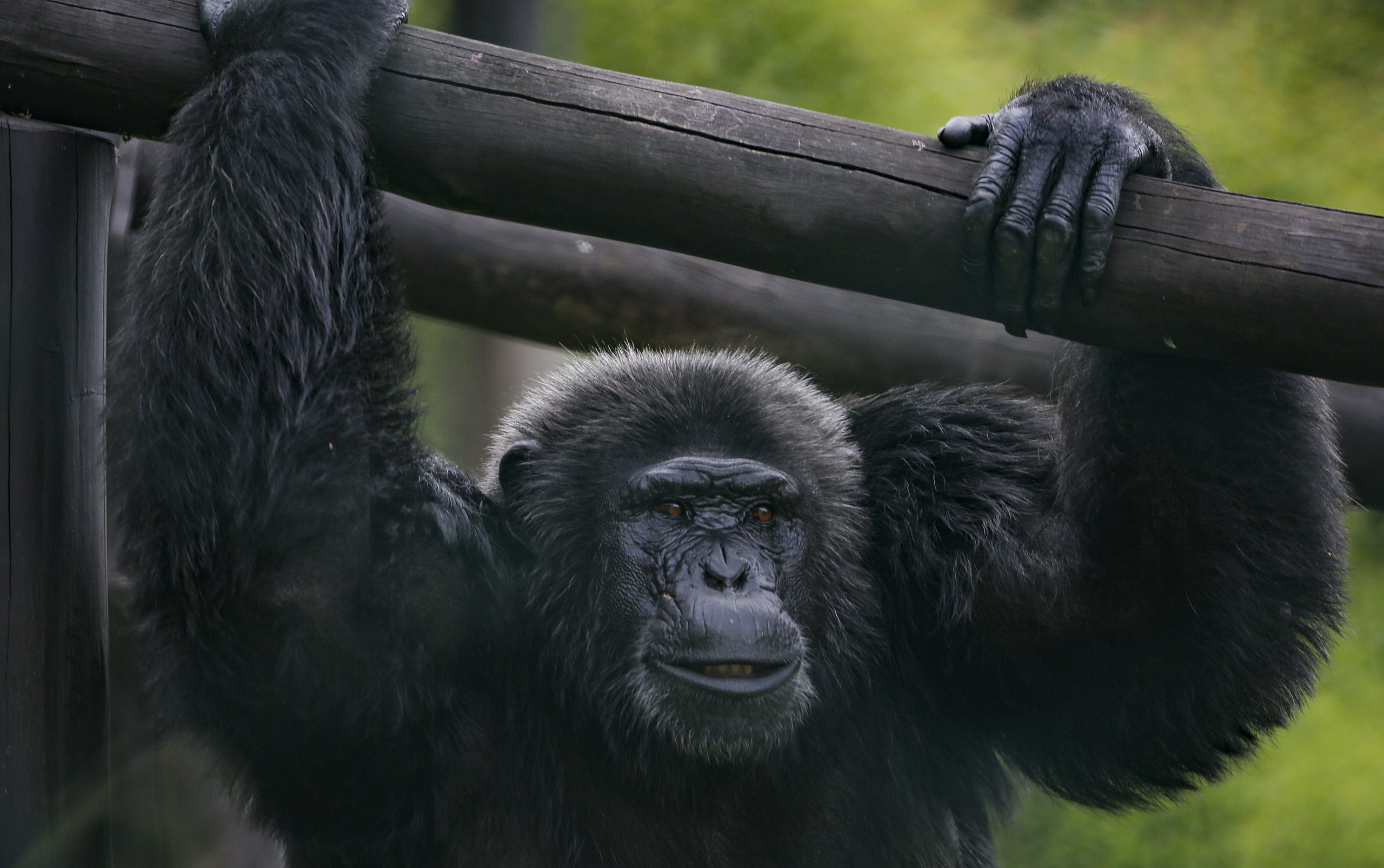