The three existing species, considered critically threatened, are native to Indonesia, but currently only survive in the tropical forests of Borneo (Pongo pygmaeus) and Sumatra (Pongo abelii and Pongo tapanuliensis). The latter described recently, in 2017, as the most threatened. With approximately 800 individuals, it is critically endangered. It is estimated that the total orangutan population is smaller than 7 thousand individuals and these are the last survivors of the Ponginae subfamily.

Of the great apes, the orangutans are the most arboreal, spending most of their time on trees. They are also the most solitary, however, they share a strong link between mothers and dependent offspring. Until the necessary skills for survival on their own are developed, which takes place around the age of seven years old, they remain with their mothers. The females give birth only once at every eight years – a fairly long period if compared to other animals. Their life expectancy is higher than 30 years, both in the wild and in captivity. 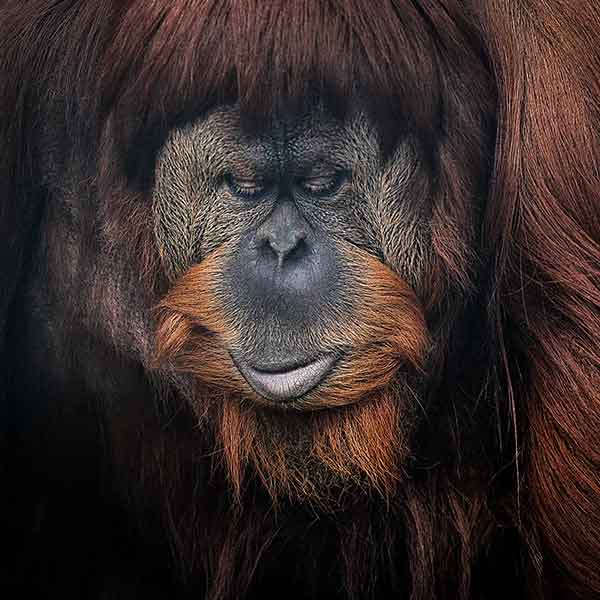 They are large primates, measuring between 120 cm and 150 cm

They have very long arms and reddish-brown hairs, different from gorillas, chimpanzees and bonobos, whose hairs are black. Males are about 1.5 m long and weigh between 93 and 130 kg, with females measuring 1.2 m in height and weighing between 48 and 55 kg. Dominant adult males have protuberant cheeks and produce long and loud vocalizing – which may be heard up to 2 km away – in order to attract females and intimidate rivals.

The better part of their diet consists basically in leaves and fruit picked from the tropical forest trees. They also eat bark, insects and, rarely, meets.

They are very intelligent and develop a number of enhanced tools. Using branches and leaves, they build nests every day on trees to spend the night. They use large leaves as shelter to protect from the rain. They transmit culture and teachings from one generation to the next.

Human activity is responsible for the significant decline in the populations of orangutan living in the wild. The fragmentation of their habitat, devastated for Palm tree cropping, illegal lumber extraction, forest fires have reduced in 80% their territory in just 20 years. Hunting and illegal trade are also significant threats.

They transmit culture and teachings from one generation to the next 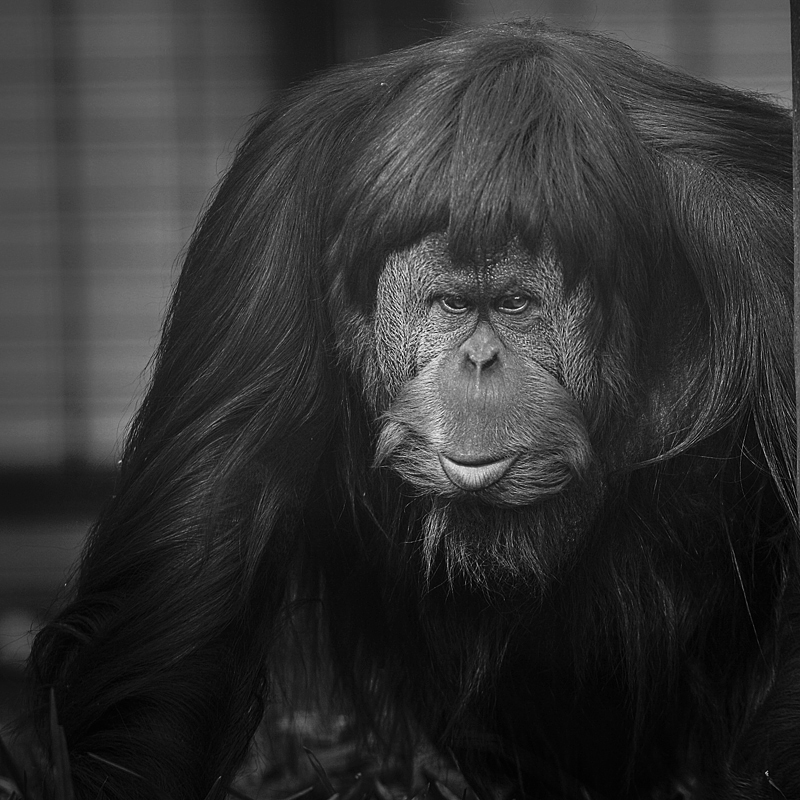 Female orangutan born on February 7, 1985 in a German zoo.

Katai lived for 25 years in a zoo, in a precarious enclosure without conditions for a life with dignity. In 2010, she was transferred to the Anami Institute. Unfortunately, she lost her companion a shortly before leaving the zoo. When she arrived, she seemed very frightened and mistrustful. Cleaning her enclosure was practically impossible since she refused to participate in the handling. She had a phobia of being enclosed in a constraining environment. A trauma that seems to be irreversible. With a lot of patience and dedication, Katai slowly learned to trust her caretakers.

Today, Katai displays a high level of security walking in her enclosure and interacting with her neighbor spider monkeys. She calmly goes into her room for the caretakers to be able to clean the outer part of the enclosure in safety. Enrichment techniques were instituted with a view to pushing away the boredom of captivity and stimulating her desire to move. 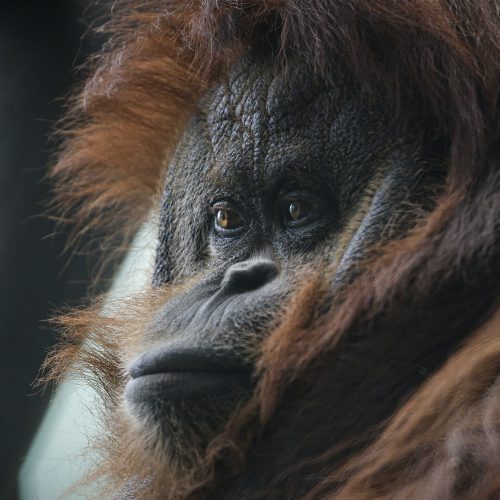 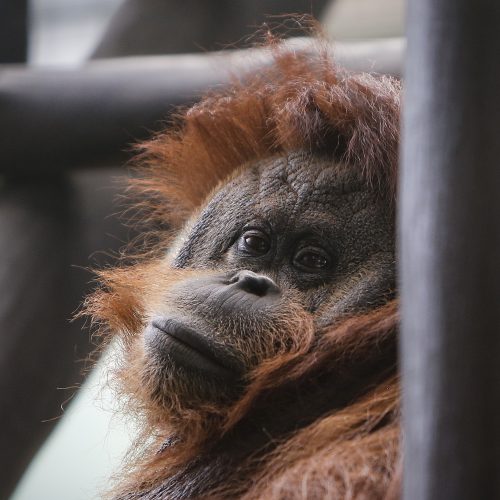 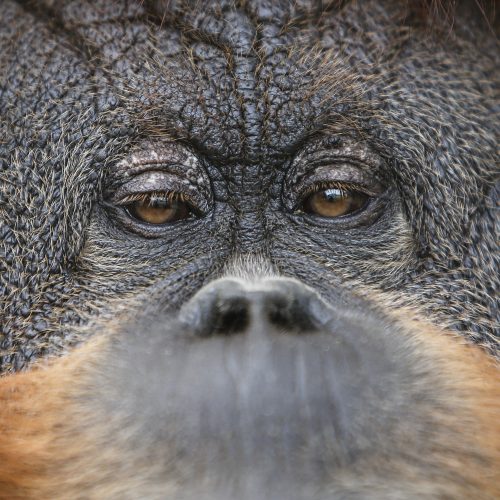